Head to the Shops 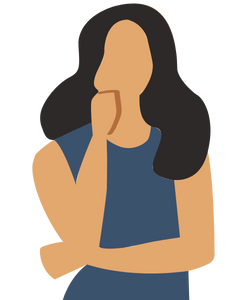 When was the last time you just relaxed and enjoyed a whole day at the shops? If it has been a while, you may want to plan a day out at the stores soon. On top of obtaining the items you need, you can use this trip to entertain yourself. After all, shopping can be fun, especially if you do it with the people who you enjoy being around. We'll be the first to admit we enjoy shopping. After all, we started this blog about it! You don't have to go that far, although you certainly can, but we do recommend reading about shopping in your spare time.

It's a common problem, whether or not to go with something made by a specific manufacturer for an appliance or gadget, or with a third-party version that could be cheaper but that wasn't made specifically for the appliance or gadget you need it for. You have to make this decision with cars, with printers, and with pretty much anything that has a replaceable part. For printers, the decision is particularly fraught because toner and ink are so expensive compared to the cost of the printer. Yet going with the cheaper option might be the wrong way to go for many printers because the cheap toner could make needing to replace the printer occur sooner than you'd planned for.

First, be very aware that sometimes the toner cartridge you use (as well as other replaceable parts) can void the printer warranty if the part is not an original equipment manufacturer (OEM) part. The logic behind this is if you use something that wasn't made specifically for the printer by the manufacturer of the printer, such as Xerox, then anything related to the part that breaks could have broken because that non-OEM part was defective. So, it isn't the manufacturer's fault, and your warranty is no longer good because who knows what else that part affected. Using an OEM part avoids that whole situation and keeps the warranty intact.

Use Toner That Looks Like It Should on Paper

An OEM toner cartridge will produce printed pages that look like they should (assuming you also use appropriate paper). It shouldn't smear, the cartridge shouldn't run out of toner early, and pictures should not be fuzzy or blurry. While the paper you use does affect the outcome of printing, you'll have much better success when the toner itself is OEM. If you're truly in need of a financial break, you can also contact the manufacturer and see if they have remanufactured cartridges, which are OEM and refilled with toner after a user sent empty cartridges back.

OEM cartridges will fit their respective printers perfectly. Third-party generic cartridges might not. That can lead to rattling, parts sustaining damage, uneven printing, and more problems. Of course, there are third-party cartridges that aren't quite so destructive and that might work, but why take a chance with the printer? If you end up having to replace it early, you've only added to the issue of electronic waste. It's better to use OEM parts and keep the printer in usable shape for years.

For more information about OEM products, such as Xerox premium toner cartridges, contact a seller near you.